Yet, as you push off from the river bank near the Fort Hunter boat ramp and take a few strokes, the sound of traffic along Front Street and Route 322 quickly fades into the gentle gurgling and rush of water over and around rocks.

Fort Hunter dates from 1725, when it was built as part of a series of forts from Harris Ferry (now Harrisburg) to Sunbury to protect trade routes along the river. On a small bluff at a bend above the water, the location gave excellent views north and south along the Susquehanna.

Cruising a short way past Fort Hunter, the 70 majestic arches of the Rockville Bridge loom ahead, the longest stone arch bridge in the world. Completed in 1902 by the Pennsylvania Railroad, the bridge is still Pennsylvania’s main east-west rail corridor for freight and passengers, with two main tracks. If you are approaching the bridge when a train is crossing, you can hear the squeal of steel on steel as the railcars negotiate the tight right-angle east shore turn.

Kayaking under the bridge is fun as the water picks up speed, squeezing between the stone abutments, shooting your kayak out to the other side.

A short distance from the Rockville Bridge begins a series of uninhabited islands that continues as the River moves through the City of Harrisburg. Here wildlife abounds. It is easy to forget that the state capitol is on your left and the bustling west shore communities of Enola, West Fairview, Wormleysburg, Camp hill, Lemoyne and New Cumberland are on your right.

During this part of your paddle you are likely to see great heron, egrets, ducks and geese on the water and an occasional black bear and abundant white-tailed deer on the islands. If you are paying close attention, you may also see a river otter near the edge of an island.

Civilization will intrude on your idyllic float as you approach the George N. Wade Bridge that carries I-81 over the river. This six-lane behemoth carries an average of 32,000 vehicles a day across the river. Wade was a Pennsylvania legislator who served in the state House and Senate from 1941 to 1974.

Passing under the Wade Bridge, the sound of traffic will quickly fade as you enter a series of smaller islands that invite you to paddle around looking for different passages through the maze the Susquehanna has carved through the landscape.

You’ll pass the large McCormick’s Island which supports part of the Wade Bridge, the smaller Wade Island, Sheets Island and the mysteriously named Island 73, among many smaller islands named and unnamed. Many of these islands will be underwater during spring high flows, reappearing during the late summer low flows.

As you approach the Harvey Taylor Bridge, another bridge named for a famous Pennsylvania politician, you know that you are approaching the Harrisburg Capitol Complex. Taylor was a contemporary of George Wade.

Moving to the western side of the river, you will pass through another cluster of small islands. From here, looking east, you can get a glimpse of the Capitol dome, it’s green tiles glinting in the sun. This dome is a half-size replica of the St. Peter’s Basilica dome in the Vatican designed by Michelangelo.

Coming up on your left will be City Island, home of Harrisburg’s baseball team and a good place to park the kayak and grab a bite to eat. Paddling on, you’ll go past what remains of the western part of the Walnut Street Bridge, under the Market Street Bridge and come to the end of City Island.

As you glide past Harrisburg, recall that this part of the river has been a settlement and trading post since it was occupied by native Americans who called it “Peixtin,” or “Paxtang.” The area became Harrisburg, named after English trader John Harris by his son in the mid 1700’s. Harris established a ferry here to take settlers and traders moving west across the Susquehanna’s broad expanse. You can learn more about the city’s founder at his son’s home on Front Street, just a few yards from the river’s edge.

At this point it’s best to make your way around the tip of City Island to the east shore for a portage around the Dock Street Dam. Dock Street is a low head dam which captures and occasionally drowns unwary boaters caught in its churning waters. The Capital Area Green Belt hiking/biking path runs along the river’s east shore, making the portage easy. Or as easy as a portage can be!

You’ll notice on your left a neighborhood of homes in what is one of the oldest neighborhoods in Harrisburg, Shipoke (shy-poke). This is where Harrisburg had its beginnings. Although the homes have been devastated by flooding many times over the years, the residents return, restore and maintain a vital, energetic community with beautiful river views.

Soon you’ll come to the bridge carrying I-83 over the river, referred to by locals as the “South Bridge.” At this point you can tiptoe past the Dock Street dam and put in below the bridge, a safe distance from the backwash from the dam.

From here the river broadens with a series of larger islands in the middle. To your west will be New Cumberland and to your east, Steelton. You’ll float past Sheesly, Redbuds and Hess Islands as the river turns gently to the east. Past Stucker Island, the Capital City Airport juts out from the west, narrowing the river.

When Steel Was King

To your east, you’ll see the old Bethlehem Steel works in Steelton. Stretching for a couple miles along the river, it stands as a monument to Pennsylvania’s past as the world’s major steel producer. The mill is now owned by Luxembourg-based AccelorMittal and continues to produce steel.

Below Steelton, the river widens to the west along the New Cumberland Army Depot and another series of islands.

Several pairs of nesting bald eagles call this stretch of the river home. Keep your eyes peeled as they skim the river to capture a small-mouth bass lounging too close to the surface.

Coming to the end of this sojourn the new Pennsylvania Turnpike Bridge looms. Completed in 2007, its six lanes carry tens of thousands of vehicles a day. Built entirely of cast-in-place concrete pillars and cast-off-site hollow concrete bridge sections, it has beauty all its own. I think the modern form and efficiency of the bridge blends well with the wildness of the river below. They seem to co-exist peacefully.

So you paddle to the east under the Turnpike Bridge and come to the takeout in Highspire, just south of the bridge. You’ve covered about thirteen or more river miles, depending on your chosen path, and thousands of years of Pennsylvania history. 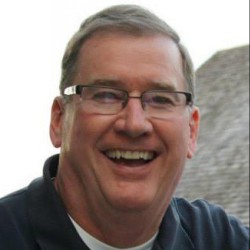